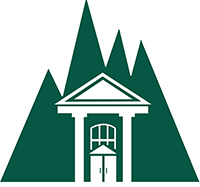 By CommunicationServices June 21, 2018 No Comments

For close to a year, Communication Services worked with the Johnstown Public Library in anticipation of a vote to create a library district. On Tuesday, June 5th, the Library won it’s vote with 73% of the vote. The Library’s funding will now be stable and sustainable. And, the community will have representation through an elected board of trustees.

The work began with a series of Communication Services-led focus groups to rebrand the Library. A new logo was developed with a new tagline–It All Begins Here. The tagline reflects how learning, reading, access to information–all begin at the Library–but also the importance of the City being the gateway to the Adirondacks. The logo reflected the mountains and the Library’s entrance with its Carnegie-esque columns. (The Johnstown Public Library is a Carnegie Library. This means Andrew Carnegie gave the City money at the turn of the last century to build the Library with the understanding that the City and community had to support it. Many of these libraries have columns at their entrance reflecting the architectural motifs of the time.)

Once the logo was completed, Communication Services developed a branding campaign that consisted of posters and bookmarks. The posters featured prominent folks as well as regular library users. Each poster had a unique quote about the importance of the institution. An infographic showing library use, value and return on investment was also developed which was used through the campaign to underscore why the Library deserved community-based funding.

Communication Services held a series of trainings–customer service for the staff and Vote Yes Campaign for the trustees and Friends–so that everyone knew what to expect once the public education and advocacy campaigns began.

The first of four pieces was mailed early in the process to educate the community on exactly what a library district is and how much the tax impact would be. This was called the district wide mailer–black and white, simple to understand. There were two more public education postcards and a final vote yes postcard listing the names of folks who had signed an online and paper petition saying they supported the project.

Communication Services owns a number of library inspired domain names that are used for these campaigns. Johnstown.Fundourlibraries.org was the informational site. It had a supporter button on the far right of the nav bar that brought folks to Johnstown.VoteYesforOurLibrary.org where people could sign our online petition.

Communication Services produced a series of videos using some of the folks from the branding campaign. These 60-90 second spots had the individuals talking about how important the Library is to the community. Starting a month before the vote, seven videos were posted periodically to the Library’s Facebook page and boosted to just the Johnstown area. Thousands of people saw the videos which were liked and shared hundreds of times increasing their reach. When patrons came in to the Library they told the staff how much they liked the videos.

The Board of Trustees and the Friends also took the show on the road with a PowerPoint Presentation that explained the Library’s initiative.

The Friends took up the advocacy work with gusto. They gave voice to Johnstown Taxpayers for a Stronger Library, a temporary Friends task force that speaks out for the Library on behalf of taxpayers. Basically, it’s taxpayers saying “raise my taxes to support the Library.” The Friends also coordinated three weeks of phone banks to identify voters. Not an easy task when people don’t always answer their phones. But, we were able to take the voter file and update it with new land and cell numbers as well as email addresses so we could reach people.

All in all, a lot of hard work paid off. The Library won by almost 3 to 1! Another New York library will be financially stable and sustainable!